Do you remember the show The Beverly Hillbillies? THAT’s my dad’s family minus the Beverly Hills part! (He is pictured in the back row, 4th from the left) 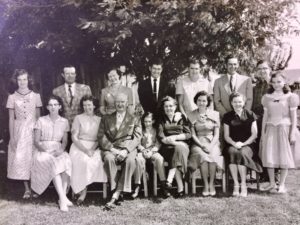 He was raised in Arkansas during the Great Depression of the 1930’s. They were sharecroppers, meaning they worked HARD and had very little to show for it.

My dad was born 91 years ago today.  Isn’t that incredible?! He and his twin sister, Evanell, (3rd from the left)were the youngest of six children born to James and Nellie Polk. Wow… I never noticed until writing this down that Evanell was named after my Grandma Nellie. AND… my dad was named JL which means the twins had rhyming names; JL and Evanell. Hah! NEVER thought of that before! JL was his full name, not a nickname or abbreviation. In fact, his best friend was GW! (Pronounced Gee Double Ya!!) I’m using the past tense because my dad changed his name when the family moved to California. NO ONE out here had initials for names so he legally became Jack Lee. 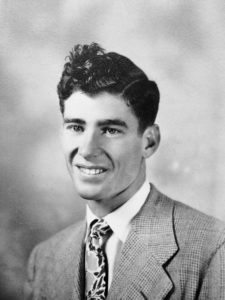 home and encouraging them to come to California where there was a lot more opportunity to earn a living. So… they loaded up the truck and they moved to…not Beverly!  My dad tells stories of leaving their tiny two room house where anywhere from 8-11 people were living at any given time, and driving west, camping on the side of the road each night. Some real Grapes of Wrath type stuff!

My dad has faced a lot of loss in his life-time. All of his brothers and sisters have passed away, with the three girls dying at very young ages. Velma was probably early 20’s and died during childbirth.  Opal and Evanell both lost their lives to cancer in their 40’s.  So tragic! And… my mom died of cancer at age 46 after 28 years of marriage.

He has also lost some body parts along the way due to cancer (you can read about it here, here, and here) but that has taken a while to slow him down. He really could be the poster child for how to go through cancer well!

My dad has done SO many things well: lived well, loved well, and frankly, aged well. He is a man full of faith and lots of fun. Just last week he was telling Jessica a few stories from his teen years when she asked him if he was a ‘ladies man’ back in the day. He quickly replied, ‘No, no. That’s why I didn’t get married til I was 31.”

He loved my mom through her many life struggles of dealing with her past, including bouts of depression and low self-esteem. He nurtured her, helping her in any way he could. I KNOW it’s because of his example that I married Eddie. My dad set the bar high for how a man should love his family and I wasn’t willing to settle for anything less.

There are so many stories I could tell you… from crazy Ozark days setting a field on fire, to having company over every Sunday night after church to play Rook or how he won the heart of his current wife, Sue. (Hmm…Not a ladies man?!) But… I just want you to know…

…my dad has loved ME well. He invested in my life, giving me the best of his time and providing for all my needs. He has lived his faith out and represented Jesus so well!

While my dad may have never attained a Beverly Hills lifestyle, my favorite hillbilly has had wealth beyond measure. From the family he grew up in, to the family I was raised in, Jed Clampett’s got nothin’ on JL. 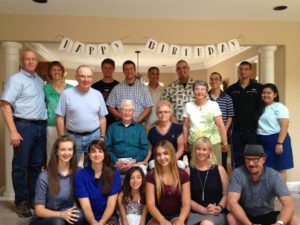