“Not one person has liked or commented on my Facebook post today,” I lamented to Eddie as we wound our way over the mountain freeway to Stanford.

I had linked to my latest blog post Friday the 13th asking for prayer for my upcoming procedure and out-of-whack emotions.  Having no-one respond was clearly not encouraging, and I began to wonder if everyone was as over my ongoing medical journey as I was.

We pulled into Stanford with not much time to spare— surprising I know, considering who was driving!  Ed dropped me off in the crazy valet parking line in front of the cancer center. I was grateful to miss the claustrophobic parking garage which Ed said was more chaotic than ever.

I was a last-minute add-on to the surgery schedule, so, unfortunately, I was given a 1:30 time slot which meant I was STARVING!  This was to be an “exam under anesthesia”, making sure some recent findings were not cancerous.  In MY mind, we would be back on the road by 5:00, eating wherever I wanted.

It was an uneventful check-in, weigh-in and starting the IV.  If you’ve followed my blog at all, then you know IV’s are extremely challenging to get going on me, so I was thankful.  No pain and only one stick!

Eddie was allowed to come back and hang out with me in the pre-op room.  It was kind of a ghost town back there, with only 2 other patients waiting their turn.  The nurse began timidly updating us to the possibility of a delay with my doctor who was stuck in a surgery that was running late.  I didn’t panic, I mean, I was hungry, but a little delay is not that big of a deal and we had found a TV station running a marathon of Seinfeld episodes.

FOUR EPISODES LATER, I was STILL waiting. Everyone was gone from pre-op except my nurse, Eddie and me. The nurse was getting a bit antsy to shut down the unit and get off work. She was probably starving too!

After another hour, she moved me to the recovery room, wished me luck and clocked out, leaving me with more waiting and no TV. 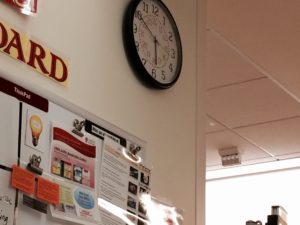 FIVE HOURS after checking in, I was finally being wheeled to the Operating Room.  My doctor explained she had been stuck in another doctor’s surgery, basically twiddling her thumbs waiting to do a tiny procedure.

TWENTY MINUTES later I was back in recovery.  As I came to, I felt so good!  This was the first time in recovery that I wasn’t nauseas at all.

Meanwhile, everyone was trying to track down Ed- who had no idea I would be out so quickly.  Poor guy… he was trying to spend the $5 meal ticket Glenda from Guest Relations had given him as a sort of apology for the long wait.  Problem was, all the food places had closed!

My doctor personally found him down in the pharmacy line, which was also closing!  She informed Ed that she had taken 2 biopsies and would call us with the results.

Are there benefits to waiting? Can anything good come of delays in life?

I love this definition of faith:  Faith is waiting to let God work.

It’s a surrender to letting the plan God has for our lives unfold in his way and in his timing.

Romans 1:17 ends with the phrase, “The righteous will live by faith.”

Or… we could say…

The righteous will live by waiting to let God work.

God is doing so much in my life through this season of waiting on him.  It’s not easy, but it’s definitely beneficial.  There’s a deepening in my relationship with him that I’ve never experienced. He is showing me the depth of his love as my Heavenly Father.

As we headed home, I once again clicked on Facebook and realized I had accidentally tapped the privacy setting on my post, making it visible only to me.  Within seconds of correcting this, so many friends and family were responding with encouraging comments and promises to pray.  The timing was perfect as the prayers carried me through the week until I heard from my doctor yesterday………..

The biopsies came back as not cancer!

My prayer for you is that you would live by faith.

As I’ve said before…He’s worth the wait! 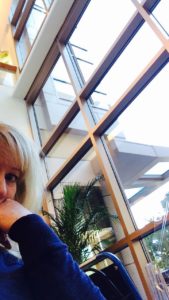