Life has a way of shaking us to the core at times.  It is the unexpected, tragic events that can push us to the brink of wanting to question God, while at the same time cling to Him with everything in us.  The Margo family has just walked through this type of trial.

Late afternoon on March 1st, Eddie received one of those life-stopping phone calls.  The news was not good.  His dad was being airlifted to Stanford hospital to have emergency brain surgery.  I was at a retirement dinner for my dad, commemorating the longevity of his career.  At 84, he had finally decided to stop working full-time.  It was a very honoring event, with everyone speaking so highly of him.  In the midst of this atmosphere, Eddie called me to break the news about his dad.  What a rush of emotions as I tried to make it through the dinner… full of joy for my dad, while wondering if I would soon be mourning the loss of Ed’s dad.

The surgery revealed a blood clot, two inches in diameter on the front of my father-in-law’s brain.  The doctors successfully removed it, and the prognosis was expected to be good.  His speech would possibly be affected due to the location, and the rehabilitation a long one, but recovery was definitely anticipated.

We all breathed that initial sigh of relief.  In fact, by the next day, Ed’s dad was able to speak.  We cautiously celebrated this miracle.

Ed went up to see his father during the week as often as possible.  These visits would hold a variety of things; at times- clear recognition.  At other times- moaning and confusion.  One interaction held precious words of encouragement.  His dad was able to tell Ed how much he loved him, what a good son he had been, and what a great man he is.  He ended this moment of blessing by saying, “In the name of Jesus, amen.”  It meant the world to Eddie.

After a week, Neno (as many affectionately called Ed’s dad whose name is Anthony) was moved back to our local hospital.  This was amazing!  The plan for rehabilitation was being discussed.  He was going to make it.

I brought Cory and Olivia to the hospital two days later.  Neno fully recognized them, stating, “Somebody’s missing.”  He was right.  Jessica was not with us.  It all seemed so hopeful.  Later that same day, he was walking – doing very well.

Everything changed the next day.  He was unable to get up, with his right side appearing paralyzed.  He was disoriented, confused by his surroundings.  Another one of those devastating phone calls… Ed was on the ether end explaining the upsetting turn of events.  A new clot, bigger and located in a more treacherous spot had been found on the latest CT scan.

I hung up the phone, weeping.  This was so sad.  It’s that moment of realizing hope has just been instantly taken away.  Unless God miraculously chooses to intervene, this was it.  And, of course, there is the incredible, greater hope of eternity with Christ, but adjusting to the idea of life without Eddie’s dad seemed incomprehensible.

Ed, along with his mom and seven brothers and sisters, spent countless hours at their dad’s bedside.  One or more of them was always with him, even taking turns staying the night.  Neno was now in a coma-like state.  Ed would kiss on him, whispering words in his ears- promising to look after his mom.  Many tears were shed as we began to imagine life without the rock of the family.  He was only 73… too young to leave us.

Eight days after the second clot had been found, Neno passed away.  Eddie was there as his dad took his final breath.  As Neno began his dance of celebration in heaven, we struggled to find a new rhythm to carry on without him.

Philippians 3:20-21  “But our citizenship is in heaven.  And we eagerly await a Savior from there, the Lord Jesus Christ, who, by the power that enables him to bring everything under his control, will transform our lowly bodies so that they will be like his glorious body.”

It is hard to describe how much he will be missed. 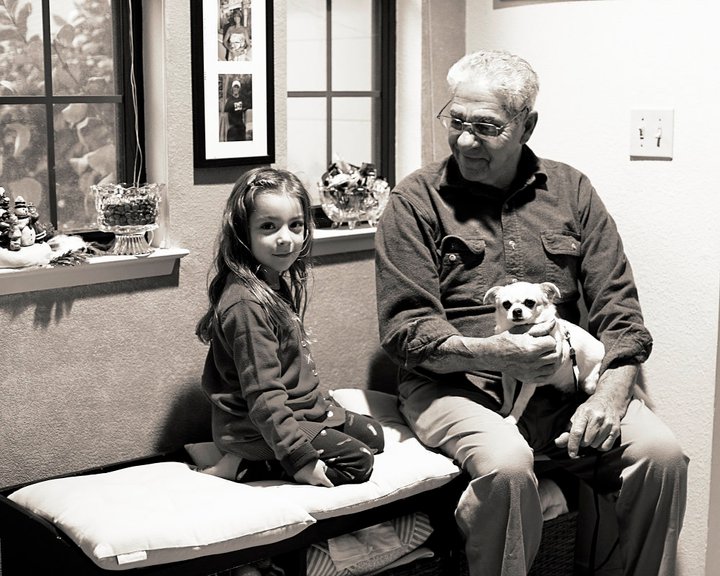