“Mom, your hair is the most unusual color.  I really can’t describe it.  Almost like the color of a chocolate lab,” pronounced Jessica.

“More like an Irish setter,” mumbled Ed while taking a bite of his dinner, not even looking up.  The kids burst into laughter as I sat staring at my usually agreeable husband, wondering why I kept getting such sarcastic comments from him about my hair.

I was on to the next experimental hair color.  It was now a dark red – well, I guess you might say, an “Irish setter, chocolate lab” kind of red – according to my family.  The platinum blonde lasted a little over two months, and now I was ready for a change.

I was embracing the return of my missed follicles… enjoying the chance to try any and every thing I wanted.  Now was my opportunity to put myself out there, play around with color and style.  Mind you, there still was very little hair to amuse myself with, but I was making the most of it.  Eddie, however, seemed to be growing in his frustration with my hair antics.  He was not entertained to say the least.

As we finished dinner, I knew a conversation would have to take place that evening.  Baffled does not even begin to describe my feelings.  Eddie had been the model of support during all my surgeries and treatments.  Almost daily he would tell me how beautiful I was during my months of baldness.  He had now taken on an attitude of silence with a few choice comments thrown in.

Talking with Ed later that night was an eye-opener for both of us.  We each had some “stuff” that needed to be expressed.  After all we had been through, it was hard to find our new normal.  Cancer had been a huge interruption in our lives.  Ed was ready to pick up where we had left off, which included growing my hair back long, blonde.  I wanted to make sure I did not just return to the old me on the outside or the inside.

Philippians 1:6 affirms… “being confident of this, that he who began a good work in you will carry it on to completion until the day of Christ Jesus.”

I asked Ed to be patient with me as I found my way.  Pushing the envelope with my physical appearance seemed to keep me sharp, aware that a change had taken place spiritually too.  For me, there was no rush to get things as they were before cancer.  The intimacy in which Christ had ministered to me during my illness was priceless, and I wanted to nurture it, keep the spiritual momentum going.

Assuring Ed that my wackiness would eventually land, he gave me his blessing to do what I needed to do.  Christ really had begun a good, new work in me which I desperately did not want to cut short (no pun intended…).

God is amazing.  His love for us, for me, is remarkable.  He has a way of using adverse circumstances to forever change us.  Philippians 1:18-19b says this:  “…because of this I rejoice.  Yes, and I will continue to rejoice, for I know that through your prayers and help given by the Spirit of Jesus Christ, what has happened to me will turn out for my deliverance.” 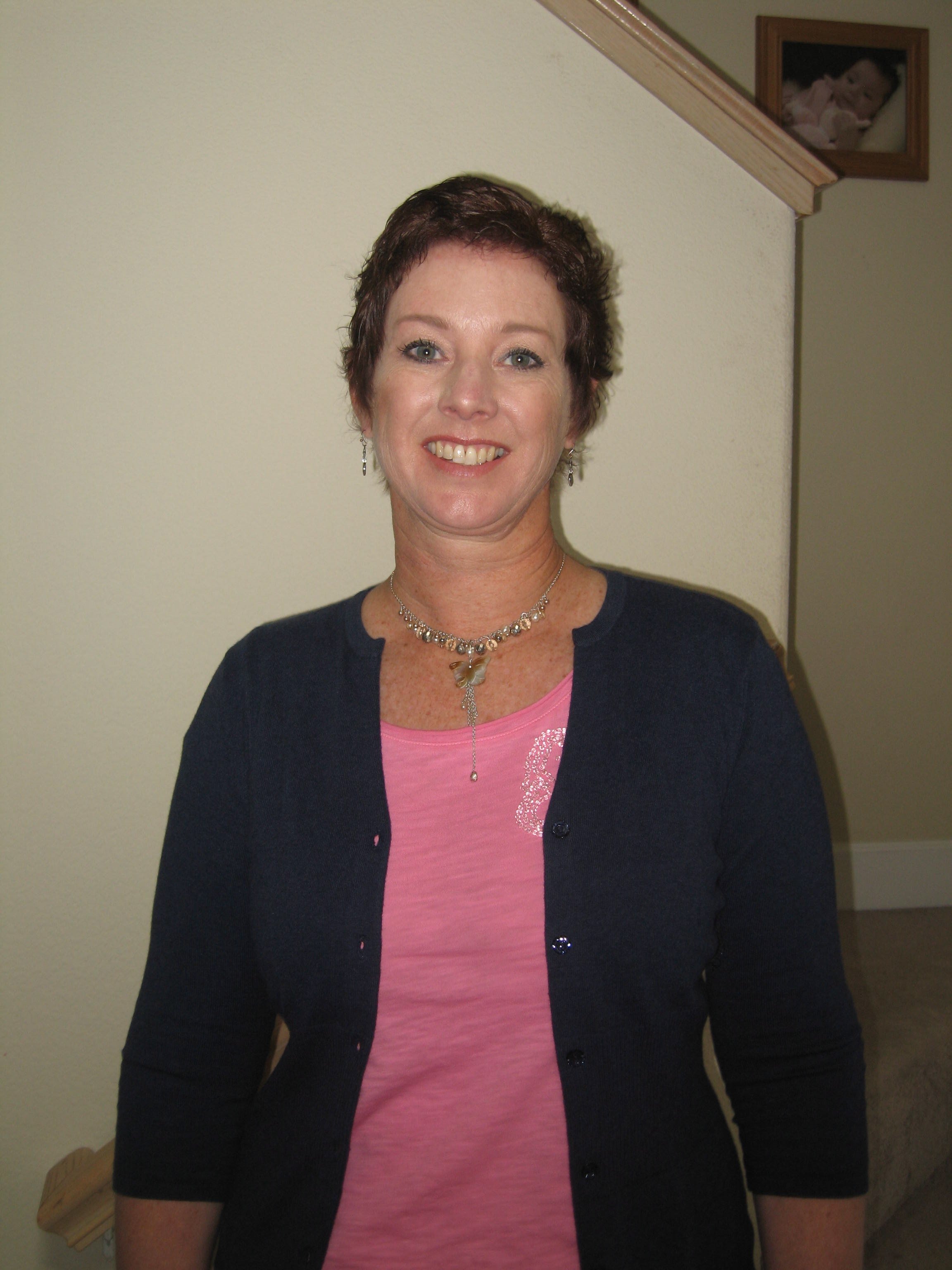